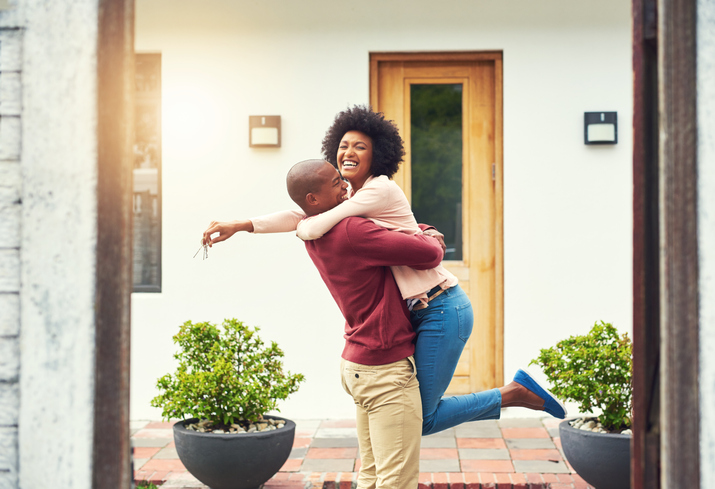 While millennials often get maligned for their lack of motivation, the generation coming up behind them - Gen Z - may be showing signs of just the opposite. According to Bank of America’s 2019 Spring Homebuyer Insights Report, the majority of prospective homebuyers between the ages of 18 and 23 not only want to own a home within the next five years, more than half of Gen Z has already started saving for one.

Survey results show that 59 percent of prospective Gen Z homebuyers plan to buy a home within the next five years, with “starting a family” coming in as the No. 1 reason why, according to 59 percent of respondents, followed by the opportunity to build wealth over time, according to 47 percent. If this goal is attained, it would turn the majority of Gen Z into homeowners before they turn 30.

While their aspirations and determination toward homeownership are encouraging on many levels, Gen Z is also well aware of the barriers that stand in the way. According to the report, 66 percent of Gen Z respondents rate saving for a downpayment as the primary barrier to homeownership, followed by the ability to cover the monthly costs of owning a home (58 percent), and a lack of knowledge about where to start the process (52 percent).

That said, Gen Z shows plenty of moxy and is willing to do what it takes to achieve their homeownership goals. In fact, 94 percent report that they are willing to make sacrifices to buy a home, including: seeking financial help from parents, down-payment assistance programs or family members; getting a second job; attending a lower-priced college to avoid amassing student debt; or moving in with parents or in-laws.

The great news for hopeful young homebuyers is that they can get a great head start. Here are three steps Gen Zers can put into action right now to help reach the before-30 homeownership finish line:

1. Build credit. Many young people haven’t had a chance to build enough credit. If that’s the case, apply for a credit card or two, use it sparingly, and pay it on time or early. If you can’t get your own card, talk to your parents about becoming an additional cardholder on one of their existing accounts.

2. Repair credit. If you’ve already gotten into trouble with credit, now’s the time to focus on paying off high-interest debt and raising your credit score. Your goal should be to have all credit card balances at 30 percent or less of their respective credit lines.

3. Create and live by a budget. Add to your down payment savings by creating a budget and sticking to it. Track where you’re spending your money so you can clearly see where you can cut back. Expensive coffee-shop runs? Uber when you could use public transportation...or bike? More nights in instead of out on the town? Getting a grip on your finances now will allow you to unearth monies that can go straight toward your home fund - and a better financial future.