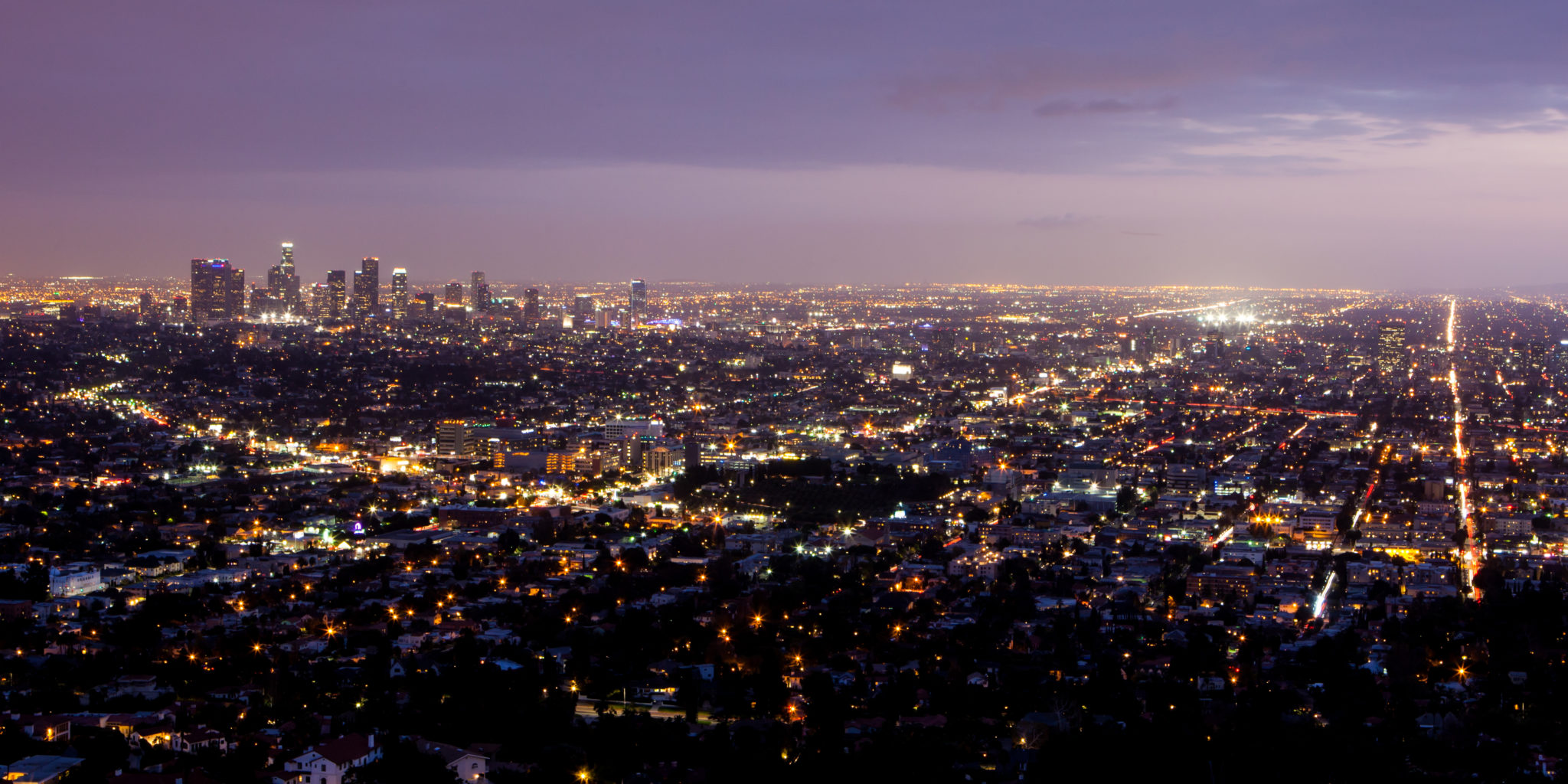 Looking for the Best Views in LA?

We told you where to see stars near Palm Springs. But In Los Angeles, we look down to see the night lit up by twinkling lights. We’re also spoiled by the wealth of scenic views spread out across the city. It seems that everyone has their favorite spot for overlooking the twinkling lights and wistfully dreaming. Some are bustling with crowds. Others are secluded, remote, even peaceful. We’re not going to be putting anyone’s hidden gem on blast today. But for those new to the city or veterans just looking for a different perspective, here are a few of the best views in Los Angeles.

The serpentine twists of Mulholland Drive are peppered with scenic city views. If you’re in the area and looking for one of the best views in Los Angeles, plan for the Universal City Overlook.

This area was actually sponsored by Universal Studios, so it gives you a pretty good peek at the park. But the stunning views of the Verdugo Hills and the San Fernando Valley are the real draw.

Just make sure to keep your eyes on the road. Mulholland Drive is almost as famous for motorist deaths as it is for its spectacular view.

If you’re more westside-centric, Baldwin Hills offers one of the most gorgeous perspectives west of the 110. At its zenith, the Baldwin Hills Scenic Overlook gives you a panoramic view of both the Pacific Ocean and downtown Los Angeles. It’s an interesting look at downtown since most views capture it from the perspective of the Santa Monica Mountains.

But we hope you don’t mind a bit of walking. In most cases, you’ll be hoofing it up 282 steps, so the view is breathtaking in more ways than one. The steep trek has earned it the colloquial nickname of the “Culver City Stairs.”

You can also drive to the top and cough up a modest parking fee. But for our money, free parking and plenty of exercise is one of the best deals in town.

The Jerome C. Daniel Overlook is perhaps best recognized for its position overlooking The Hollywood Bowl. But it’s easily one of the best views in Los Angeles because it also captures the iconic Hollywood Sign, downtown LA, and the Griffith Observatory. On clear days, you can even see Catalina Island!

Just don’t count on privacy. This is one of the most crowded scenic views in the city and a popular stop for numerous tour groups. But because of this, you can also look forward to amenities like coin-operated telescopes and a modest parking area.

Perched proudly atop its Griffith Park peak, the Griffith Observatory is noted as offering some of the best views in Los Angeles of Hollywood and downtown. While the observatory itself has tighter hours of operation, the outer area stays open later. And if you’re just looking for a sparkling city view, then the exterior is all you’ll need.

Again, this spot isn’t exactly a secret, so prepare for crowds. Parking at the summit lot is as precious as it is pricey. Expect the possibility of an uphill trek!

Runyon Canyon is almost too crowded to make the list. But it’s also undeniably one of the best views in Los Angeles if you can make it to the top of Indian Rock. Not saying that’s much of a challenge.

This Hollywood hotspot will give you pristine views of the classic downtown skyline. And the hike itself, a favorite of local celebrities, can be a refreshing break from the LA grind.

If you’re looking to kick off a special date night, Yamashiro provides one of the best restaurants in Los Angeles with a view. And while the food isn’t bad, it’s really the stunning field of lights that’s at the core of the Cal-Asian restaurant’s success.

The villa that houses Yamashiro was built in 1911, so it has a fair amount of historical significance too. Enjoy sushi, spring rolls, and cocktails as you soak in the sparkling ambience. It’s really one of the best ways to appreciate the city’s beauty.

Thanks to the mountains surrounding the Greater Los Angeles area, you can see the city from a decent distance away. So, if you’re feeling like appreciating the city from afar, take a drive out to Mount Wilson.